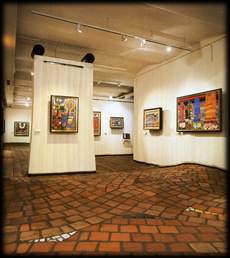 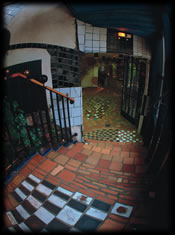 There are two ways of countering injustice. One way is to smash the head of the man who perpetrates injustice and to get your own head smashed in the process. All strong people in the world adopt this course. Everywhere wars are fought and millions of people are killed. The consequence is not the progress of a nation but its decline… Pride makes a victorious nation bad-tempered. It falls into luxurious ways of living. Then for a time, it may be conceded, peace prevails. But after a short while, it comes more and more to be realized that the seeds of war have not been destroyed but have become a thousand times more nourished and mighty. No country has ever become or will ever become happy through victory in war. A nation does not rise that way, it only falls further. In fact, what comes to it is defeat, not victory. And if, perchance, either our act or our purpose was ill-conceived, it brings disaster to both belligerents.

But through the other method of combating injustice, we alone suffer the consequences of our mistakes, and the other side is wholly spared. This other method is satyagraha. One who resorts to it does not have to break another’s head; he may merely have his own head broken. He has to be prepared to die himself suffering all the pain. In opposing the atrocious laws of the Government of South Africa, it was this method that we adopted. We made it clear to the said Government that we would never bow to its outrageous laws. No clapping is possible without two hands to do it, and no quarrel without two persons to make it. Similarly, no State is possible without two entities, the rulers and the ruled. You are our sovereign, our Government, only so long as we consider ourselves your subjects. When we are not subjects, you are not the sovereign either. So long as it is your endeavor to control us with justice and love we will let you do so. But if you wish to strike at us from behind we cannot permit it. Whatever you do in other matters, you will have to ask our opinion about the laws that concern us. If you make laws to keep us suppressed in a wrongful manner and without taking us into confidence, these laws will merely adorn the statute books. We will never obey them. Award us for it what punishment you like, we will put up with it. Send us to prison and we will live there as in a paradise. Ask us to mount the scaffold and we will do so laughing. Shower what sufferings you like upon us; we will calmly endure all and not hurt a hair of your body. We will gladly die and will not so much as touch you. But so long as there is yet life in these our bones, we will never comply with your arbitrary laws.